I bought this book as a Christmas present for my child who is studying Japanese culture art history and film. She respects the author and is very pleased with the book. Leer comentario completo

A Hundred Years of Japanese Film: A Concise History, with a Selective Guide to DVDs and Videos

First published in 2002, this history of Japanese cinema by one of the Wests leading authorities on Japanese culture has been updated to cover new trends, directors, and films. For those who know ... Leer comentario completo

Former Curator of Film at the New York Museum of Modern Art, DONALD RICHIE has written some forty books on Japan and its people, including definitive works on the Japanese film directors Kurosawa and Ozu. The film version of his travel classic, The Inland Sea, has been shown on PBS and won several
prizes at international film festivals, as well as the National Geographic Earth Award. Public People, Private People, his portraits of famous and far-from-famous Japanese, received praise from many quarters. Of Richie's two collections of essays, A Lateral View and Partial Views, Susan Sontag said:
"Donald Richie writes about Japan with an unrivaled range, acuity, and wit."
His latest book is The Japan Journals: 1947-2004.

A well-known director (American Gigolo, Affliction) and screenwriter (Taxi Driver, The Last Temptation of Christ), PAUL SCHRADER also has a strong feeling for Japan and its films. Not only did he write and direct Mishima, considered by many to be his masterpiece, he also contributed to the very
first appreciation of the Japanese yakuza film genre and wrote the seminal Transcendental Style in Film: Ozu, Bresson, Dreyer. 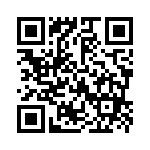