DAVID A. GABBARD is Associate Professor in the Department of Curriculum and Instruction at the East Carolina University, Greenville. 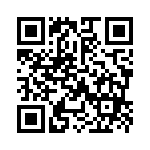