Geoffrey Ernest Emerick was born in London, England on December 5, 1945. He had just graduated from Crouch End Secondary Modern School in North London in 1962 when he was hired for an entry-level job as an assistant engineer at EMI's Abbey Road studios. He assisted on some of the Beatles' first records while also working on other projects for the studio. In 1966, he became the group's chief engineer. In this capacity, he worked on Revolver, Sgt. Pepper's Lonely Hearts Club Band, and Abbey Road. He engineered or produced albums by Paul McCartney, Elvis Costello, Art Garfunkel, and the group America. Emerick won a Grammy Award for engineering Sgt. Pepper's Lonely Hearts Club Band, Abbey Road, and McCartney's 1973 album Band on the Run. His memoir, Here, There and Everywhere: My Life Recording the Music of the Beatles written with Howard Massey, was published in 2006. He died of a heart attack on October 2, 2018 at the age of 72. 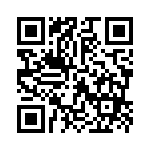