Scientific American, the premier general-interest science magazine, reports the most important developments in modern science, medicine, and technology to more than three million readers worldwide. The oldest continuously published magazine in the United States, it has been at the forefront of science for more than 150 years. 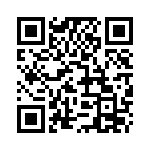