Página 8
Dr. F. Herbert Skeete , Senior Minister of the Salem United Methodist Church ,
New York City , and a member of the National Committee of the Board of
Managers of the American Bible Society . Towards the end of the luncheon ,
President ...
Página 12
who served as Field Secretary , 1954-61 ; Executive Secretary , Eastern Region ,
National Distribution Department , 1961-62 ; Special Secretary , Consultant ,
National Distribution Department , 1962-66 ; Executive Secretary , Washington
City ...
Página 30
For example , what began as a simple Saturday outreach project in Compton ,
California turned into a city - on - fire for Bible study and use . On March 29 , 1980
seven churches from the community gathered at The Salvation Army for a time of
... 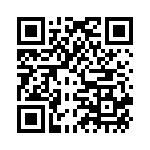