Pßgina 162
It is so , ” Marcelo stated , “ and yet , tell me , is it not true that the Assyrians and
the Babylonians were famous for their warlike nature , and they fought under
aggressive and victorious kings , bringing under their rule the whole world or the
...
Pßgina 213
We can see now a whole army of stars , an army as if on drill , on parade , each
star shining in its great beauty , each star clinging to its place , not attempting to
take over the place of the neighboring stars , not bothering other stars , never ...
Pßgina 366
We find the essence of the whole world . Moreover , when the world becomes
damaged or sick , His son is the project , the plan , the image , the ways and
means of creation that made possible the creation of so many beings . The Father
had ... 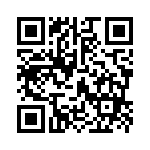