Página 19 - The Puritan hated bearbaiting, not because it gave pain to the bear, but because it gave pleasure to the spectators.
Aparece en 605 libros desde 1844-2008
Página 292 - The community is a fictitious body, composed of the individual persons who are considered as constituting as it were its members. The interest of the community then is, what? — the sum of the interests of the several members who compose it.
Aparece en 331 libros desde 1823-2008
Más
Página 11 - Lo, the poor Indian! Whose untutored mind Sees God in clouds, or hears Him in the wind; His soul, proud science never taught to stray Far as the solar walk, or milky way...
Aparece en 640 libros desde 1801-2008
Página 292 - Michael Sandel, Liberalism and the Limits of Justice (Cambridge: Cambridge University Press, 1982); William A.
Aparece en 609 libros desde 1944-2008
Página 16 - Be fruitful, and multiply, and replenish the earth. And the fear of you and the dread of you shall be upon every beast of the earth, and upon every fowl of the air...
Aparece en 763 libros desde 1658-2008
Página 277 - I do not put abstract ideas wholly out of any question; because I well know that under that name I should dismiss principles, and that without the guide and light of sound, well-understood principles, all reasonings in politics, as in everything else, would be only a confused jumble of particular facts and details, without the means of drawing out any sort of theoretical or practical conclusion.
Aparece en 65 libros desde 1812-2008
Página 32 - ... because the well-spring of that communion is a natural delight which man hath to transfuse from himself into others, and to receive from others into himself, especially those things wherein the excellency of his kind doth most consist. The chiefest instrument of human communion therefore is speech, because thereby we impart mutually one to another the conceits of our reasonable understanding.
Aparece en 32 libros desde 1793-2005
Página 265 - Nay, surely the saying holds good, that in practical matters the end is not a mere speculative knowledge of what is to be done, but rather the doing of it. It is not enough to know about virtue, then, but we must endeavour to possess it and to use it, or to take any other steps that may make us good.
Aparece en 35 libros desde 1881-1993
Página 3 - Thou art the thing itself; unaccommodated man is no more but such a poor, bare, forked animal as thou art.
Aparece en 705 libros desde 1800-2008
Página 31 - ... is it that should trace the insuperable line? Is it the faculty of reason, or perhaps the faculty of discourse? But a full-grown horse or dog is beyond comparison a more rationaL as well as a more conversable animaL than an infant of a day, or a week, or even a month, old. But suppose they were otherwise, what would it avail? The question is not. Can they reason? nor Can they talk? but, Can they suffer?
Aparece en 484 libros desde 1823-2008
Menos 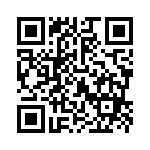