Página 444
The Monarch and the Monarchy were distinct and separate things; and it was
against the established despotism of the latter, and not against the person or
principles of the former, that the revolt commenced, and the revolution has been
carried ...
Página 484
Persecution is not an original feature in any religion; but it is always the strongly-
marked feature of all law-religions, or religions established by law. Take away the
law-establishment, and every religion reassumes its original benignity.
Página 578
The proposed alterations were published, and the people concurring therein,
they were established. In forming those constitutions, or in altering them, little or
no inconvenience took place. The ordinary course of things was not interrupted,
and ...

Thomas Paine's intellect and skill at persuasive writing should be studied far and wide. It's a shame we only read excerpts of "Common Sense" in school. Leer comentario completo

Makes up with brilliance for what he lacks in modesty and maturity. Leer comentario completo

Thomas Paine was born in Thetford, England, in 1737, the son of a staymaker. He had little schooling and worked at a number of jobs, including tax collector, a position he lost for agitating for an increase in excisemen's pay. Persuaded by Benjamin Franklin, he emigrated to America in 1774. In 1776 he began his American Crisis series of thirteen pamphlets, and also published the incalculably influential Common Sense, which established Paine not only as a truly revolutionary thinker, but as the American Revolution's fiercest political theorist. In 1787 Paine returned to Europe, where he became involved in revolutionary politics. In England his books were burned by the public hangman. Escaping to France, Paine took part in drafting the French constitution and voted against the king's execution. He was imprisoned for a year and narrowly missed execution himself. In 1802 he returned to America and lived in New York State, poor, ill and largely despised for his extremism and so-called atheism (he was in fact a deist). Thomas Paine died in 1809. His body was exhumed by William Cobbett, and the remains were taken to England for a memorial burial. Unfortunately, the remains were subsequently lost.

Eric Foner is DeWitt Clinton Professor of History at Columbia University. A winner of the Great Teacher Award from the Society of Columbia Graduates, Foner is an elected member of the American Academy of Arts and Sciences and of the British Academy. He has served terms as President of both the American Historical Association and the Organization of American Historians. 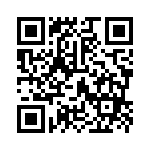