who couldn't love Ryle? The combination of packer and Ryle is just great. This was a gift to my husband and in turn, to the whole family during devotions. Leer comentario completo

J. I. Packer is Board of Governors' Professor of Theology at Regent College in Vancouver, British Columbia. He also serves as contributing editor to Christianity Today. Packer's writings include books such as Knowing God (IVP Books), A Quest for Godliness (Crossway), Growing in Christ (Crossway) and Rediscovering Holiness (Servant), and numerous articles published in journals such as Churchman, SouthWestern Journal, Christianity Today, Reformation & Revival Journal and Touchstone. 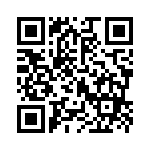