Steven Bruhm is Robert and Ruth Lumsden Professor of English at The University of Western Ontario. 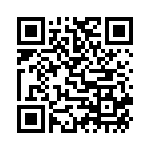