John Scotus Eriugena (c.815-c.877) was an Irish theologian, neoplatonist philosopher, and poet. He succeeded Alcuin of York (735-804) as head of the Palace School at Aachen. He wrote a number of works, but is best known today for having written The Division of Nature, which has been called the "final achievement" of ancient philosophy, a work that "synthesizes the philosophical accomplishments of fifteen centuries." He translated and commented on the work of Pseudo-Dionysius, and was one of the few Western European philosophers of his day that knew Greek, having studied in Byzantine Athens. According to legend, he was stabbed to death at Malmesbury by his students with their pens.

Christopher Bamford is Editor in Chief for SteinerBooks and its imprints. A Fellow of the Lindisfarne Association, he has lectured, taught, and written widely on Western spiritual and esoteric traditions. 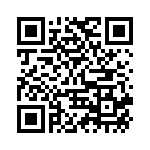