Marie Corelli (1 May 1855 -- 21 April 1924) was a British novelist. She enjoyed a period of great literary success from the publication of her first novel in 1886 until World War I. Corelli's novels sold more copies than the combined sales of popular contemporaries, including Arthur Conan Doyle, H. G. Wells, and Rudyard Kipling. Corelli was born in London. She wrote both fiction and nonfiction, short stories and dramatic plays. Some of her works were adapted to film and theatre productions. In her final years, Corelli lived on Stratford-Upon-Avon. She was considered to be eccentric and could be seen boating there in a gondola from Venice complete with a gondolier. Corelli died there in 1924 and is buried in the Evesham Road cemetery. Her house, Mason Croft, still stands on Church Street and is now the home of the Shakespeare Institute. 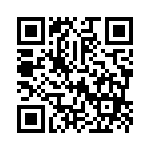