The discovery of a potion that reverses aging and prolongs life leads all-too expectedly to tragedy in this overstuffed, slow-to-develop thriller.While on a field trip to Papua, New Guinea, in 1980 ... Leer comentario completo

What if there were a way to suspend the aging process and let humans live forever? Braver's book about an anti-aging elixir examines its social, political, and personal consequences. The author's ... Leer comentario completo

Gary Braver is the award-winning author of six critically acclaimed thrillers including Elixir, Gray Matter, and Flashback, which was recipient of the 2006 Massachusetts Honor Book Award for Fiction--a first for a thriller--and which in a starred review Publishers Weekly called “an exceptional medical thriller.” His novels have been translated into five languages, and three have been optioned for movies.

Under his own name, Gary Goshgarian, he is an award-winning professor of English at Northeastern University where he teaches courses in Modern Bestsellers, Science Fiction, Horror Fiction, and Fiction Writing. He has taught fiction-writing workshops through out the United States and Europe for over twenty years. He is the author of five college writing textbooks. 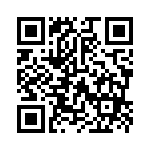