Ewan Fernie is Senior Lecturer in English at Royal Holloway, University of London. He is author of Shame in Shakespeare, leading editor of Reconceiving the Renaissance, and founding editor (with Simon Palfrey) of a new series of very short books called Shakespeare Now! In 2004, he was selected by Gary Taylor and the Hudson-Strode Program as one of 'the six most brilliant scholars of Renaissance Drama in the world under 40'. 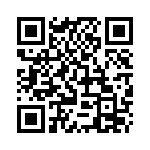