Review: Kinfolks: Falling Off the Family Tree - The Search for My Melungeon Ancestors

I learned a lot from this book and appreciated all the theories about where Melungeons come from. (I even came up with one that the author later presented-hooray!) However, I found the author's ... Leer comentario completo

I picked this up almost reflexively, after all, I've loved Alther's fiction and I'm a big fan of the memoir. However, this meandering philosophical search for Alther's genetic heritage didn't suit me ... Leer comentario completo

Lisa Alther was born in Kingsport, Tennessee, on July 30, 1944. She graduated from Wellesley College with a B.A. in English literature in 1966. She worked briefly at Atheneum publishers in New York before moving to Vermont. There she wrote for Garden Way, Inc., and taught Southern Fiction at St. Michael's College in Winooski. Alther's first novel, Kinflicks, was published in 1976, followed by Original Sins; Other Women; Bedrock; and Five Minutes in Heaven. Her tragicomic novels, which feature feisty lesbian characters, have become international bestsellers and have been translated into several languages. She also wrote a novella, Birdman and the Dancer, based on a series of monotypes by Francoise Gilot. Alther's reviews and articles have appeared in many periodicals, including the New York Times, the Los Angeles Times, the Boston Globe, the Washington Post, Natural History, Cosmopolitan, Yankee, and The Guardian. Alther's novels are studied in university courses in English, Southern, and Appalachian literature, women's studies, and gay and lesbian studies. 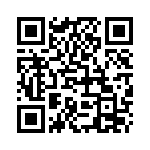