Susan C. Boyd is a professor in the Faculty of Human and Social Development at the University of Victoria. 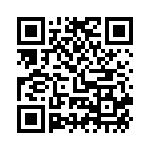