Página 79
Is it true that mankind demands , and will always demand , miracle , | mystery , and authority ? Surely it is true . Today , man gets his sense of the miraculous from science and machinery , radio , aeroplane , vast ships , zepnet ...
Página 603
It had failed to maintain the fundamental grounds of a true humanism . It had blurred the distinction between man , God , and nature . Under the influence of the sciences , it had set up a monism in which the moral as well as the ...
Página 701
Attended to with care , it is a statement which is preposterous , and yet true - true on the same level on which the original metaphor of the speaking urn is true . The unheard music is sweeter than any audible music . 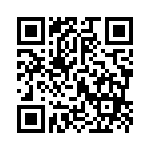