John Shelby Spong was the Episcopal Bishop of Newark for twenty-four years prior to his retirement in 2000. Since then he has taught at Harvard University, the University of the Pacific and Drew University and he has been a visiting lecturer at universities and churches throughout North America and the English-speaking world. His books have sold over a million copies and he is regarded as one of Christianity’s frontier twenty-first-century thinkers. His bestselling titles include Eternal Life: A New Vision, Jesus for the Non-Religious, The Sins of Scripture, A New Christianity for a New World, Rescuing the Bible from Fundamentalism, Resurrection: Myth or Reality?, Why Christianity Must Change or Die and his autobiography, Here I Stand. He lives with his wife, Christine, in Morris Plains, New Jersey. 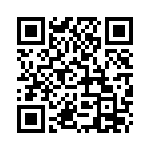