Review: Rescuing the Bible from Fundamentalism: A Bishop Rethinks the Meaning of Scripture

The book was pretty good. It has some good information and serves as a good overview for a lot of ideas. The big problem is that the book's information is about history, where the author is not ... Leer comentario completo 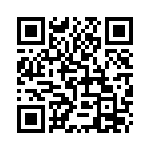