Página 123
The alternative , it seems , and the theory at present most favoured , is to suppose
that the primacy text was the original , and that Cyprian revised it in 256 since
certain expressions could be used against him in his controversy with Stephen of
...
Página 228
By the time of the incident described in Letter 41 , Theodosius had altered the
original decision , attacked in 40 , that the bishop should rebuild the synagogue .
It is probable enough , however , that it was during his December visit to Aquileia
...
Página 289
Secondly , he established , against much opposition , the principles that , where
possible , Scripture should be studied in the original tongues , and that
translations , above all when they are intended for common use in the Church ,
should be ... 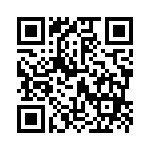