Página 204
6 * This is a continuation still of the allegory of Moses , and the shining of his face
, & c . so much insisted on in the foregoing chapter . For the explication whereof ,
give me leave to add here one word more to what I have said upon it already ...
Página 286
St. Paul , in the foregoing chapters , has examined the glorying of the Jews , and
their valuing themselves so highly above the Gentiles , and shown the vanity of
their boasting in circumcision and the law , since neither they , nor their father ...
Página 301
St. Paul having , in the foregoing chapter , very much magnified free grace , by
showing that all men , having lost their lives by Adam's sin , were , by grace
through Christ , restored to life again ; and also , as many of them as believed in
Christ ...
Página 323
Therefore . ” This is an inference drawn from the last verse of the foregoing
chapter , where he saith , that it is grace that delivers from death , as we have
already observed . b “ Now . ” Now that , under the Gospel , the law is abolished
to those ...
Página 360
St. Paul , in the end of the foregoing chapter , with a very solemn epiphonema ,
closes that admirable , evangelical discourse , to the church at Rome , which had
taken up the eleven foregoing chapters . It was addressed to the two sorts of ... 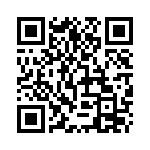