Página 138
His work has appeared in The Southern Review and Beloit Poetry Journal , as well as in Discourse . JIM BARNES has published poetry , translations , and articles in Nimrod , Laurel Review , Prairie Schooner , and others .
Página 140
Her poems , translations , and articles have appeared in Prairie Schooner , The French Review , and other periodicals . PETER SEARS teaches English at Princeton Day School , Princeton , N. J. His work has appeared in Beloit Poetry ...
Página 408
DORA PETTINELLA is a New York poet whose work has appeared in a variety of periodicals . She is well known also for her translations from the Italian , Spanish , Portuguese , and French . VINCENT BARRETT PRICE , a resident of ... 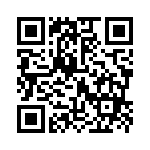