RELUCTANT RETURN: A Survivor's Journey to an Austrian Town

A powerful and unusually eloquent memoir of a prominent Austrian Holocaust survivor invited back to face and forgive old ghosts and demons. Weiss is a prominent Israeli immunologist and author of ... Leer comentario completo

Born to an old and distinguished Jewish family in Austria, David W. Weiss fled as a child with his parents and sister from Nazi persecution, reaching the United States in 1939. He earned a Ph.D. in microbiology at Rutgers University and a D. Phil. in medicine from Oxford University. A former professor of bacteriology and immunology at the University of California Berkeley, in 1966 he immigrated to Israel, where he founded and directed the Lautenberg Center for General and Tumor Immunology at Hebrew University in Jerusalem. In addition to numerous publications in biomedical science, Weiss is the author of works on Jewish law and philosophy, including The Wings of the Dove: Jewish Values, Science, and Halachah. 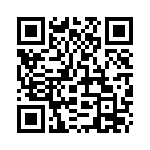