Página 161 - But this I say, brethren, the time is short: it remaineth, that both they that have wives be as though they had none; And they that weep, as though they wept not; and they that rejoice, as though they rejoiced not; and they that buy, as though they possessed not; And they that use this world, as not abusing it: for the fashion of this world passeth away.
Aparece en 921 libros desde 1654-2008
Página 74 - And he said, Take now thy son, thine only son Isaac, whom thou lovest, and get thee into the land of Moriah ; and offer him there for a burnt offering upon one of the mountains which I will tell thee of.
Aparece en 1587 libros desde 1732-2008
Más
Página xxii - For an angel went down at a certain season into the pool, and troubled the water : whosoever then first after the troubling of the water stepped in was made whole of whatsoever disease he had.
Aparece en 989 libros desde 1755-2008
Página 185 - My propositions serve as elucidations in the following way : anyone who understands me eventually recognizes them as nonsensical, when he has used them — as steps to climb up beyond them. (He must, so to speak, throw away the ladder after he has climbed up it.) He must transcend these propositions, and then he will see the world aright.
Aparece en 513 libros desde 1892-2008
Página 136 - And God said unto Moses, I AM THAT I AM. And he said, Thus shalt thou say unto the children of Israel, I AM hath sent me unto you.
Aparece en 906 libros desde 1802-2008
Página 113 - In the same hour came forth fingers of a man's hand, and wrote over against the candlestick upon the plaster of the wall of the king's palace ; and the king saw the part of the hand that wrote.
Aparece en 587 libros desde 1730-2008
Página 189 - Then Job arose, and rent his mantle, and shaved his head, and fell down upon the ground, and worshipped, and said, Naked came I out of my mother's womb, and naked shall I return thither: the LORD gave, and the LORD hath taken away; blessed be the name of the LORD.
Aparece en 867 libros desde 1789-2008
Menos

Jolita Pons is currently a postdoctoral scholar at the cole Normale Suprieure, Paris. 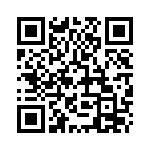