Página 151 - Say ye of him, whom the Father hath sanctified, and sent into the world, Thou blasphemest: because I said I am the Son of God?
Aparece en 960 libros desde 1755-2008
Página 504 - And it was given unto him to make war with the saints, and to overcome them : and power was given him over all kindreds, and tongues, and nations.
Aparece en 699 libros desde 1724-2008
Más
Página 231 - Let both grow together until the harvest: and in the time of harvest I will say to the reapers, Gather ye together first the tares, and bind them in bundles to burn them: but gather the wheat into my barn.
Aparece en 1082 libros desde 1755-2008
Página 249 - Jesus knowing that the Father had given all things into his hands, and that he was come from God, and went to God ; he riseth from supper, and laid aside his garments, and took a towel, and girded himself. After that he poureth water into a basin, and began to wash the disciples' feet, and to wipe them with the towel wherewith he was girded.
Aparece en 1014 libros desde 1701-2008
Página 509 - And there were voices and thunders and lightnings ; and there was a great earthquake, such as was not since men were upon the earth, so mighty an earthquake and so great.
Aparece en 684 libros desde 1181-2008
Página 379 - And I saw as it were a sea of glass mingled with fire ; and them that had gotten the victory over the beast, and over his image, and over his mark, and over the number of his name, stand on the sea of glass, having the harps of God.
Aparece en 676 libros desde 1643-2008
Página 181 - And he doeth great wonders, so that he maketh fire come down from heaven on the earth in the sight of men. And deceiveth them that dwell on the earth by the means of those miracles which he had power to do in the sight of the beast : saying to them that dwell on the earth, that they should make an image to the beast, which had the wound by a sword and did live.
Aparece en 667 libros desde 1755-2008
Página 147 - And as Moses lifted up the serpent in the wilderness, so must the Son of man be lifted up, that whoever believes in him may have eternal life.
Aparece en 646 libros desde 1698-2008
Página 308 - And the dragon was wroth with the woman, and went to make war with the remnant of her seed, who keep the commandments of God, and have the testimony of Jesus Christ.
Aparece en 257 libros desde 1805-2008
Página 487 - For they are the spirits of devils, working miracles, which go forth unto the kings of the earth, and of the whole world, to gather them to the battle of that great day of God Almighty.
Aparece en 933 libros desde 1642-2008
Menos

The son of a Swedish Lutheran pastor, professor, and court chaplain, Emanuel Swedenborg first became a scientist and mining engineer. Of brilliant intellect and wide-ranging interests, he explored many areas of nature, doing pioneering work in several fields. In 1743 he began to experience a series of visions of the spiritual world. Over subsequent years he maintained that he held conversations with angels, the departed, and even God, and that he had visited heaven and hell. Swedenborg penned a lengthy series of writings inspired by these encounters, based on the concept of a spiritual cosmos as model for the physical, an educative view of the afterlife, and the allegorical interpretation of Scripture. In 1774 the small Church of the New Jerusalem was founded explicitly on the basis of his revelations. Swedenborg's influence has been much wider than its membership. His teachings entered American culture generally through the popularity of several of his books and his impact on Spiritualism and the New England Transcendentalists. 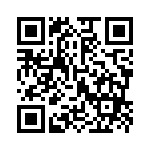