My species frightens me more than a little, and this book makes me despair of us ever getting anywhere worthwhile. Leer comentario completo

Glenn W. Shuck is visiting assistant professor of religion at Williams College. In addition to a number of published essays, he is coeditor, with Jeffrey J. Kripal, of Esalen in American Religious Culture. 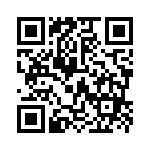