Considered one of the leading intellectual figures and moral forces in Eastern Europe today, Vaclav Havel was born into a well-to-do Prague family on October 5, 1936. Denied the right to attend the university college because of his "bourgeois" background, Havel instead studied at a technical college from 1955 to 1957, and then enlisted in the Czechoslovak Army. Havel left the army in 1959 and began a career in writing. He took a job as a resident writer for the Prague Theatre on the Balustrade in 1960 and wrote his first play, The Garden City, three years later. Wanting to learn more about the craft that he now considered a full-time career, Havel enrolled in the Academy of Dramatic Arts, graduating in 1967. Two years later Havel's passport was revoked because the government considered his writings to be subversive. As an essayist, Havel has written the books Disturbing the Peace: A Conversation with Karel Hvizdal; Living in the Truth; Open Letters: Selected Prose 1965-1990; and Temptation. From 1979 to 1982, while in prison for subversion, Havel wrote a number of letters to his wife, Olga Splichalova. In 1983 those correspondences formed Havel's book Letters to Olga. On December 29, 1989, Vaclav Havel was elected President of Czechoslovakia. He resigned in 1992, only to be elected the president of the newly formed Czech Republic in 1993. Havel has been the recipient of more than a dozen honorary degrees. 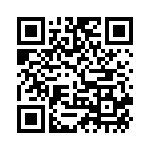