Half of this book is the story of a group of linguists during a three-day field-studies visit to the village of Al-Sayyid. The village is interesting to linguists because a lot of deaf people were ... Leer comentario completo

A New York Times reporter considers the case (and the significance) of a unique sign language that has emerged among the many congenitally deaf denizens of an isolated Bedouin village in northern ... Leer comentario completo 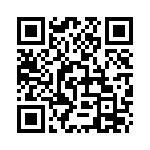