Pįgina
HEN the morning was come , all the chief priests and elders of the people took
counsel against Jesus , to put him to death . And when they had bound him , they
led him away , and delivered him to Pontius Pilate the governour . Then Judas ...
Pįgina
When Pilate faw that he could prevail nothing , but Mary the mother of that rather
a tumult was made , he took water , Joseph her husband and washed his hands
before the multitude , before they came tosaying , I am innocent of the blood of ...
Pįgina
Then delivered he him therefore unto them to be crucified : and they took Jesus ,
and led him away . And he , bearing his cross , went forth into a place called the
place of a scull , which is called in the Hebrew , Golgotha : where they crucified ... 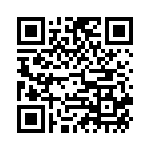