First, let me tell you that I have never studied the scriptures with the intention of becoming a minister or priest. I have never searched the scriptures and compared the Hebrew texts against the Greek text in a prolonged study to try and establish the clarity of words or phrases. (Many people have done that already.) I have never taken a class in Theology to learn how I am supposed to view and teach religion. I have never been swallowed up by a fish as Jonah was. I have never been knocked off my donkey (ass) as Paul was by the overwhelming light of Jesus Christ or persecuted like many of the prophets of God and I have never been raised from the dead. But!!!! I can tell you that I have always been drawn to the scriptures, philosophy and to science. These have been the loves and the passions of my life, and I have had several "powerful" events in my life that have actually let me know that God was with me.

I feel that most of the revelation of God comes from God Himself, speaking to the mind and spirit of a person, and not from a text book. I am not saying not to read and study the scriptures, for you will find that in studying the scriptures God will begin to speak to you. 1 don''t think that God has stopped talking to people as He did before Christ and as He did with the Apostles. I think a lot of people have only stopped listening. Don''t let "people" lead you into anything that you don''t want to believe, for in the end it will be you that will be held accountable - and possibly the person that led you astray. 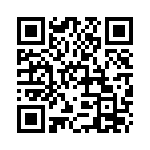