Página 206
Or a brother they love , " said Monimia ; and she added , turning to Norman , - " You perhaps recollect ... ”While Monimia related this little anecdote , with tearful eye and a shaking voice , she had involuntarily turned to Norman .
Página 514
He turned them , now heavy with deadly languor , on another warrior form , that stiffened with pale horror as it gazed on him . A film came over his sight ; but he still heard Monro , wildly exclaiming , “ Norman !
Página 543
CHAPTER LII “ Breathes there the man with soul so dead , Who never to himself hath said , This is my own , my native land : Whose heart hath ne'er within him burned , As home his footsteps he hath turned , From wandering on a foreign ... 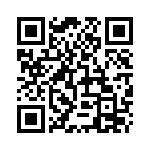