Gilbert Morris is one of today’s best-known Christian novelists, specializing in historical fiction. His best-selling works include Edge of Honor (winner of a Christy Award in 2001), Jacob’s Way, The Spider Catcher, the House of Winslow series, the Appomattox series, and The Wakefield Saga. He lives in Gulf Shores, Alabama with his wife, Johnnie. 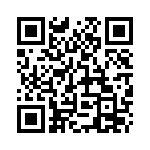