Página 52
We cannot avoid believing it when we read that “ holy men of old spake as they
were moved by the Holy Ghost . ... I never heard of an attribute saying such a ...
The Holy Ghost caught away Philip after he had baptized the Eunuch , and
carried him away to another place ; and the Holy ... Again , that power which we
feel every day , who are called to preach — that wondrous spell which makes our
lips so ...
Página 69
Jesus Christ had been the official teacher of his saints whilst on earth . They
called no man Rabbi except Christ . They sat at no men ' s feet to learn their
doctrines ; but they had them direct from the lips of him who 4 spake as never
man spake .

Página 256 - But I tell you of a truth, many widows were in Israel in the days of Elias, when the heaven was shut up three years and six months, when great famine was throughout all the land; but unto none of them was Elias sent, save unto Sarepta, a city of Sidon, unto a woman that was a widow.
Aparece en 840 libros desde 1689-2008
Página 166 - THERE is a fountain filled with blood, Drawn from Immanuel's veins ; And sinners, plunged beneath that flood, Lose all their guilty stains.
Aparece en 635 libros desde 1814-2008
Más
Página 194 - The archers have sorely grieved him, and shot at him, and hated him: But his bow abode in strength, and the arms of his hands were made strong by the hands of the mighty Go<J of Jacob : (from thence is the shepherd, the stone of Israel...
Aparece en 1001 libros desde 1707-2008
Página 194 - ... the blessings of thy father have prevailed above the blessings of my progenitors unto the utmost bound of the everlasting hills : they shall be on the head of Joseph, and on the crown of the head of him that was separate from his brethren.
Aparece en 518 libros desde 1802-2008
Página 118 - For Christ also hath once suffered for sins, the Just for the unjust, that He might bring us to God, being put to death in the flesh, but quickened by the Spirit...
Aparece en 605 libros desde 1755-2008
Página 54 - Ye stiffnecked and uncircumcised in heart and ears, ye do always resist the Holy Ghost: as your fathers did, so do ye.
Aparece en 926 libros desde 1735-2008
Página 130 - ... .Then said he unto me, prophesy unto the wind, prophesy, Son of man, and say to the wind, thus saith the Lord God; Come from the four winds, O breath, and breathe upon these slain, that they may live.
Aparece en 901 libros desde 1799-2008
Página 296 - And I say unto you, That many shall come from the east and west, and shall sit down with Abraham, and Isaac, and Jacob, in the kingdom of heaven. But the children of the kingdom shall be cast out into outer darkness : there shall be weeping and gnashing of teeth.
Aparece en 1334 libros desde 1689-2008
Página 40 - I have written to him the great things of my law, but they were counted as a strange thing.
Aparece en 197 libros desde 1735-2008
Página 240 - These are thy glorious works, Parent of good, Almighty, thine this universal frame, Thus wondrous fair; thyself how wondrous then ! Unspeakable, who sitt'st above these heavens, To us invisible, or dimly seen In these thy lowest works; yet these declare Thy goodness beyond thought, and power divine.
Aparece en 940 libros desde 1750-2007
Menos 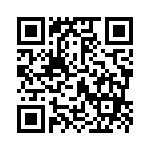