Página 71
The section comparing the economy of Japanese and American cars could , for example , look like this after you take some notes : economy cost of parts resale value purchase price gas mileage These subdivisions will constitute the ...
Página 94
It is common knowledge , for example , that the United States declared war on Japan in December of 1941 ; no documentation is needed for that . If , however , you found a source arguing that war would have been declared during that ...
Página 125
See the next example for handling an introduction . An Introduction , Preface , Foreword , or Afterword to a Book 28 Bruce Catton , Introd . , John Brown's Body , by Stephen Vincent Benet ( New York : Holt , 1969 ) , p . ix . 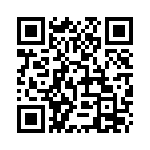