Pįgina xi
28 And that day Joshua took Makkedah , and smote it with the edge of the sword ,
and the king thereof he utterly destroyed , them , and all the souls that were
therein ; he let none remain : and he did to the king of Makkedah as he did unto
the ...
Pįgina xi
8 And the LORD delivered them into the hand of Israel , who smote them , and
chased them unto great Zidon , and unto Misrephoth - maim , and unto the valley
of Mizpeh eastward ; and they smote them , until they left them none remaining .
Pįgina vi
2 And he smote Moab , and measured them with a line , casting them down to the
ground ; even with two lines measured he to put to death , and with one full line to
keep alive . And so the Moabites became David's servants , and brought gifts .
Pįgina vi
Israel , whom God went to redeem 2 And he smote Moab , and meafor a people
to himself , and to make sured them with a line , casting them him a name , and to
do for you great down to the ground ; even with two things and terrible , for thy ...
Pįgina xiv
5 And the LORD smote the king , so that he was a leper unto the day of his death
, and dwelt in a several house . And Jotham the king's son was over the house ,
judging the people of the land . 6 And the rest of the acts of Azariah , and all that ... 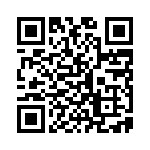