Pįgina 56
1 go to the Father ” is , in effect , say Christ , with the notion of being in ing , "
Because I will thereupon cer a state separate from heaven , where tainly fulfil my
promise of sending Christ is . the Comforter , ” the little whiles are Now this is
done if ...
Pįgina 91
ses . which is to be applied to many por- viewed in Christ , as his members , tions
of Scripture . It is apparently and therefore justified in him . So spoken , not of
Jesus , but of the na in those Psalms wherein Messiah is tion of Israel , in their ...
Pįgina 165
If we admit this , and entertain ing : nor is it to be concealed that the same opinion
of similar passages , Calvin , considering the exactness of where at last shall we
find Christ and his intellect , and after him Piscator , his kingdom ? What will ... 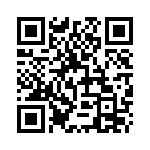