Kl░ma (My First Loves, 1988; Love and Garbage, 1991) writes here about Adam Kindl, a Czech judge who lives in a state of perpetual contradiction. Survivor of a concentration camp in his childhood ... Leer comentario completo

Klima asserts that "if man wants to survive in the situation of immediate threat, he must adapt himself, must accept even the worst circumstances as a given and then strive . . . to continue his human ... Leer comentario completo

Author and playwright Ivan Klima was born in Prague, Czechoslovakia in 1931. In 1968, he acted as an editor for the journal of the Czech Writer's Union. Following that, he was briefly a professor at the University of Michigan before returning to his homeland in 1970. His works, which include The Spirit of Prague, a collection of essays, were banned in Czechoslovakia until 1989. They address issues such as totalitarianism and intellectual freedom, which Klima also lectures on. 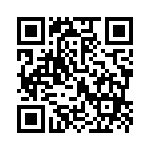