Coordinator of the Yizkor-Books-In-Print project of Yizkor Books at JewishGen.org Editor of the English translation and new appendix.

Editor of the original Yizkor book, published in Hebrew in 1991 (Deceased) 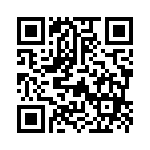