Página 211
She appealed to one who “ feared not God , came , saying , Avenge me of mine
neither regarded man , ” and the only adversary ; and when once coming person
, in virtue of his office , who and saying this was of no avail , she could relieve her
...
Página 322
Once only , but that prince and a Saviour , in the fulness at a period long before
the appointment of his glory , carrying on the work of of the Levitical priesthood ,
we read of his grace , by making intercession for a glorious and mysterious
person ...
Página 375
... God disposes the actions of his sick person , may become the seed of servants
, though unknown to them , eternal life , in the heart of that perto great and
gracious ends , he makes son : Yea , the sick person may turn them seasonable . 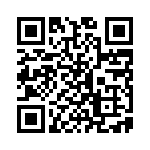