Pįgina 97 - So I returned and considered all the oppressions that are done under the sun: and behold the tears of such as were oppressed, and they had no comforter; and on the side of their oppressors there was power; but they had no comforter.
Aparece en 742 libros desde 1611-2008
Pįgina 79 - Whose possessors slay them, and hold themselves not guilty: and they that sell them say, Blessed be the LORD; for I am rich: and their own shepherds pity them not.
Aparece en 155 libros desde 1721-2008
Mįs
Pįgina 18 - The consternation and confusion were extreme ; little or no time was given for removal of persons or property — the people striving to remove the sick and the helpless before the fire should reach them — next, struggling to save the most valuable of their effects. The cries of the women and children — the roaring of the affrighted cattle, hunted at the same time by the yelling dogs of the shepherds amid the smoke and fire — altogether presented a scene that completely baffles description...
Aparece en 26 libros desde 1842-2007
Pįgina 34 - During the short period that the regiment was quartered at Plymouth, upwards of £$oo were lodged in one bankinghouse, to be remitted to Sutherland, exclusive of many sums sent home through the Post-office, and by officers. Some of these sums exceeded £ 20 from an individual soldier.
Aparece en 17 libros desde 1822-2001
Pįgina 20 - Their wretchedness was so great, that after pawning everything to the fishermen on the coast, such as had no cattle were reduced to come down from the hills in hundreds for the purpose of gathering cockles on the shore. Those who lived in the more remote situations of the country were obliged to subsist upon broth made of nettles, thickened with a little oatmeal. Those who had cattle had recourse to the still more wretched expedient of bleeding them and mixing the blood with oatmeal, which they afterwards...
Aparece en 11 libros desde 1861-2001
Pįgina 86 - She was placed in a little shed, and it was with great difficulty they were prevented from firing that also. The old woman's daughter arrived while the house was on fire, and assisted the neighbours in removing her mother out of the flames and smoke, presenting a picture of horror which I shall never forget, but cannot attempt to describe. She died within five days.
Aparece en 19 libros desde 1854-2006
Pįgina 9 - ... the by-standers. Donald Munro, Garvott, lying in a fever, was turned out of his house and exposed to the elements. Donald Macbeath, an infirm and bedridden old man, had the house unroofed over him, and was in that, state exposed to the wind and rain until death put a period to his sufferings.
Aparece en 13 libros desde 1861-2001
Pįgina 8 - Sellar was present, and apparently, (as was sworn by several witnesses at his subsequent trial,) ordering and directing the whole. Many deaths ensued from alarm, from fatigue, and cold; the people being instantly deprived of shelter, and left to the mercy of the elements. Some old men took to the woods and precipices, wandering...
Aparece en 13 libros desde 1861-2001
Pįgina 92 - I will never forget the foam of perspiration which emitted and covered the pallid death-looking countenance. This was a scene, madam, worthy of an artist's pencil, and of a conspicuous place on the stages of tragedy. Yet you call this a specimen of the ridiculous stories which found their way into respectable prints, because Mr. Loch, the chief actor, told you that Sellar, the head executive, brought an action against the sheriff and obtained a verdict for heavy damages. What a subterfuge ; but it...
Aparece en 8 libros desde 1883-2001
Menos

DOUGLAS MACGOWAN is the author of numerous articles and one book on Scottish history, Murder in Victorian Scotland. He is a regular contributor to the magazine Celtic Heritage and has also written for The Highlander, Dalriada Journal, Garm Lu, U.S. Scots, and the Scottish Journal. A native of Chicago, he and his wife live in Redwood City, California. 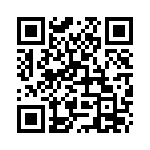