This is a rather attractive little book about the author's growing up in fundamentalist household in Wheaton, Ill. He takes you through the certainity of faith imparted to him by his family, some of ... Leer comentario completo

Jon M. Sweeney is an author, husband, and father of four. He has been interviewed on many television programs including CBS Saturday Morning, Fox News, and PBS's Religion and Ethics Newsweekly. His popular historynbsp;The Pope Who Quit: A True Medieval Tale of Mystery, Death, and Salvationnbsp;was optioned by HBO. He's the author of thirty-five other books, includingnbsp;The Complete Francis of Assisi,nbsp;When Saint Francis Saved the Church,nbsp;the winner of an award in history from the Catholic Press Association, andnbsp;The Enthusiast: How the Best Friend of Francis of Assisi Almost Destroyed What He Started.nbsp;Sweeney is also the author of The Pope's Cat series for children. He presents often at literary and religious conferences, and churches, writes regularly fornbsp;Americanbsp;in the US and The Tabletnbsp;in the UK, and is active on social media (Twitter @jonmsweeney; Facebook jonmsweeney). 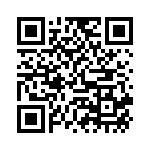