One thing that was striking about this book was the sense of dread, fear and inevitability you felt about the main character, always waiting for him to be exposed as a Jew and rooting for him not to ... Leer comentario completo

I have been a big fan of historical fiction ever since reading Gary Jenning's Aztec in high school. At its best, historical fiction is educational allowing the reader to experience an alien culture or ... Leer comentario completo

Noah Gordon has had outstanding international success, selling in Germany alone more than eight million copies of his recent trilogy (The Physician, Shaman, and Matters of Choice). The Society of American Historians awarded him the James Fenimore Cooper Prize for Shaman as the best historical novel of 1991/1992. He was also voted "Novelist of the Year" by the readers of the Bertelsmann Book Club, and twice, in 1992 and 1995, he won the Silver Basque Prize for Spain's bestselling book. An earlier book, The Rabbi, was on the New York Times Bestseller list for 26 weeks. Noah Gordon lives with his wife in Brookline, Massachusetts. 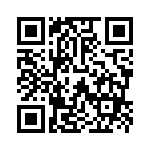