This book is a simple introduction to meditation and its benefits. Bodine expresses clearly with interesting, real-life anecdotes what she means by intuition and how it can guide our lives. I found the book common sense and well-written, but superficial. Leer comentario completo

Echo Bodine discovered at age 17 that she has psychic abilities and the gift of healing. Her abilities include clairvoyance, the gift of seeing; clairaudience, the gift of hearing; and clairsentience, the gift of sensing. Echo studied psychic development for several years and learned about the gift of healing from her spirit guides and through prayer and meditation. In 1979, she quit her mainstream job and became a full-time psychic consultant, a healer, and a teacher of psychic development and healing classes, as well as a ghostbuster. She is the author of several books, including Hands That Heal, The Gift, A Still Small Voice, and Echoes of the Soul (New World Library). Her work has been featured in major newspapers and magazines, and she has appeared on several national television shows, including James Van Praagh, The View, NBC's Later Today, Sally Jesse Raphael, Sightings, Encounters, The Other Side, Coast to Coast, and Paranormal Borderline, where she was billed as a member of "the world's most psychic family." She also has served as a consultant in the film industry to companies such as Paramount Pictures. Echo currently has her own weekly syndicated radio show, "Intuitive Living with Echo." She lives in Minneapolis, Minnesota. 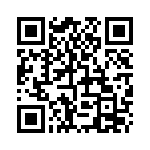