StoweĂƒÂŻĂ‚ÂżĂ‚Â˝s often-challenged novel gets the red-carpet treatment. This annotated version was edited by scholars Henry Louis Gates and Hollis Robbins, who also provide the introduction and notes ... Leer comentario completo

One of the best books I have ever read. Ms. Stowe is a powerful and skilled author, portraying the beauty of the human spirit in the midst of a world of suffering. I would recommend this book to any who has the patience to work his way through the dialogue and admitted lack of pithiness, to anyone wanting a good read with relatable characters, inspiring stories, and a little history thrown in.

Harriet Beecher Stowe (1811-1896) was an American abolitionist and author. Stowe's novel Uncle Tom's Cabin (1852) depicted life for African-Americans under slavery; it reached millions as a novel and play, and became influential in the U.S. and Britain and made the political issues of the 1850s regarding slavery tangible to millions.

Henry Louis Gates, Jr. (Ph.D.Cambridge), is Alphonse Fletcher University Professor and Director of the W. E. B. Du Bois Institute for African and American Research, Harvard University. He is the author of Life Upon These Shores: Looking at African American History, 1513-2008; Black in Latin America; Tradition and the Black Atlantic: Critical Theory in the African Diaspora; Faces of America; Figures in Black: Words, Signs, and the Racial Self; The Signifying Monkey: A Theory of Afro-American Criticism; Loose Canons: Notes on the Culture Wars; Colored People: A Memoir; The Future of Race with Cornel West; Wonders of the African World; Thirteen Ways of Looking at a Black Man; and The Trials of Phillis Wheatley. His is also the writer, producer, and narrator of PBS documentaries Finding Your Roots; Black in Latin America; Faces of America; African American Lives 1 and 2; Looking for Lincoln; America Beyond the Color Line; and Wonders of the African World. He is the editor of African American National Biography with Evelyn Brooks Higginbotham, and The Dictionary of African Biography with Anthony Appiah; Encyclopedia Africana with Anthony Appiah; and The Bondwoman's Narrative by Hannah Crafts, as well as editor-in-chief of TheRoot.com.

Hollis Robbins received a PhD from Princeton University in English literature. She teaches at Millsaps College in Mississippi. 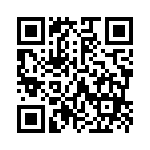