Página 18
To Beowulf was the war - glory given ; Grendel must thence , death sick , under his fen - shelters flee , seek a joyless dwelling : well he knew that the end of his life was come , his appointed number of days .
Página 63
The other was dark , swart utterly , overshadowed , dim ; that was Death's tree , that bears bitterness Then he changed himself to a serpent's shape , and wound around the tree of death with devilish craft .
Página 213
Ah Sir Lancelot , said King Arthur , this day have I sore missed thee : alas , that ever I was against thee , for now have I my death , whereof Sir Gawaine me warned in my dream . Then Sir Lucan took up the king the one part , and Sir ... 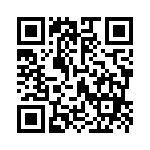