Página 158
However , his character as a beast , is of no great significancy , as he is only once
termed a beast in this place , and always afterwards , chap . XVI . XIX , and xx the
false prophet . He appears to be so immediately connected with the first beast ...
Página 192
And in the same comparative view it is termed an everlasting Gospel ; because
its contents will endure for ever , being an esential part of the general Gospel of
Christ ; even af . ter Babylon and the beast , to which the messages of the other
two ...
Página 270
But the mystic harlot is evidently distinguished from the second beast ; which now
exists and acts in the character of false prophet , as it has already been termed
under the sixth vial . How then can she be the false prophet , and the scarlet ...
Página 271
Idolatry and false worship are termed fornication in the writings of the ancient
prophets , for two reasons . First , because the Pagans worshipped their deities
Astarti and Venus , by committing this crime with lewd women , consecrated to
the ...
Página 286
He is not termed the second , which would have been the natural manner of
expression after the preceding , One is but , oaddos , the Other , alius , by which
he is not only distinguished from the sixth , but from the preceding heads , as in
some ... 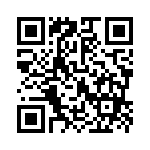