This issue is the one that contains the account of the Balsam garden in Egypt, referred to in a footnote of Volume 1 of Blessed Catharine Emmerich's visions. As the Holy Family fled Bethlehem and Herod, they journeyed through the desert, and when they became very thirsty, the Virgin implored God for water. A spring appeared, which later became a site of religious pilgrimage, and a deeper well dug near the site, which fed a garden of Balsam trees and led to the site being called "The Balsam Garden".
Catharine Emmerich notes it has been recorded that the oxen who drew the water from the well could not be forced to work on Sundays. This article contains that reference, and seems to confirm many others mentioned by Catherine Emmerich (for instance, the date tree that bent down to offer its fruit to the Holy Family). The author seems to have many, many medieval references from the writings of Christians who made a pilgrimage to the Holy Land, which seem to be lost to us (or, difficult to find) today.
It is a very interesting article, though written in a cumbersome style distinct to the late 1800's. The author seems to believe the oxen refused to work for reasons other than miraculous ones, but it seems apparent that they did indeed refuse to work.

Página 715 - And he said to them : How is it that you sought me ? Did you not know that I must be about my Father's business ? And they understood not the word that he spoke unto them.
Aparece en 305 libros desde 1815-2008
Página 718 - Is not this the carpenter's son ? is not his mother called Mary ? and his brethren, James, and Joses, and Simon, and Judas ? And his sisters, are they not all with us ? Whence then hath this man all these things ? And they were offended in him.
Aparece en 1036 libros desde 1730-2008
Más
Página 788 - And the Lord God formed man of the slime of the earth, and breathed into his face the breath of life; and man became a living soul.
Aparece en 183 libros desde 1800-2008
Página 170 - There goes many a ship to sea, with many hundred souls in one ship, whose weal and woe is common, and is a true picture of a commonwealth, or a human combination or society. It hath fallen out sometimes that both Papists and Protestants, Jews and Turks, may be embarked in one ship...
Aparece en 189 libros desde 1813-2008
Página 232 - Hereby know ye the Spirit of God; Every spirit that confesseth that Jesus Christ is come in the flesh, is of God. And every spirit that confesseth not that Jesus Christ is come in the flesh, is not of God...
Aparece en 612 libros desde 1651-2008
Página 722 - And he said unto them, How is it that ye sought me ? wist ye not that I must be about my Father's business?
Aparece en 505 libros desde 1803-2008
Página 496 - From within or from behind, a light shines through us upon things and makes us aware that we are nothing, but the light is all.
Aparece en 269 libros desde 1814-2008
Página 12 - Jesus saith unto him, Thou hast said : nevertheless I say unto you, Hereafter shall ye see the Son of man sitting on the right hand of power, and coming in the clouds of heaven.
Aparece en 561 libros desde 1755-2008
Página 467 - But all the story of the night told over, And all their minds transfigured so together, More witnesseth than fancy's images, And grows to something of great constancy ; But, howsoever, strange and admirable.
Aparece en 567 libros desde 1748-2008
Página 10 - Therefore the Jews sought the more to kill him, because he not only had broken the sabbath, but said also that God was his Father, making himself equal with God.
Aparece en 701 libros desde 1755-2008
Menos 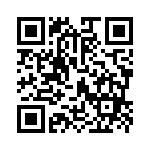