Pįgina
Rosacex , or bit - Earbone of WhaleTo Reduce a Circulating Rose Tribe 377 ,
401 bone Whale - Internal Decimal to a Vulgar Fruction Ear of Bird - Ear of Cod
DRAWING , LESSONS IN : 266 -Ear - stone of Cod - Long Square and Cube ...
Pįgina 7
English children trained in such schools , the language would be Many believe
that the art of drawing can only be acquired ... Nevertheless , it is one thing to be
able to draw a tonvenient , which when cut up into quarto , or four portions ,
simple ...
Pįgina 8
Their lengths , their To draw a line at random , without a previous arrangement ,
positions , their curvatures or bendings ... out all consideration or inquiry as to its
fitness antil it is drawn , is the most discouraging practice that can be followed .
Pįgina 24
Fave you enable him to draw forms , such as ornamental scrolls , flowers , leaves
, single figures , etc. , in delineating ... in prest care that Before commencing a
drawing it should invariably be the es sich regard to , each ! practice of the pupil ...
Pįgina 25
These are latter is essential to him who wishes to bo master of drawing . the great
and leading characteristic lines and points ... faint it , ” and then draw the finished
he must become well acquainted ; for just as the combination outline as in Fig .
Siguiente »

Publication date not 1767. Book mentions Cook's voyages which were after this date.

Pįgina 193 - Almighty ceased, but all The multitude of angels, with a shout Loud as from numbers without number, sweet As from blest voices, uttering joy, heaven rung With jubilee, and loud hosannas filled The eternal regions...
Aparece en 388 libros desde 1750-2008
Pįgina 79 - May it please your majesty, I have neither eyes to see, nor tongue to speak in this place, but as the House is pleased to direct me...
Aparece en 488 libros desde 1767-2008
Mįs
Pįgina 146 - In thoughts from the visions of the night, When deep sleep falleth on men, Fear came upon me, and trembling, Which made all my bones to shake. Then a spirit passed before my face; The hair of my flesh stood up...
Aparece en 1088 libros desde 1741-2008
Pįgina 193 - I tell thee, thou'rt defied! And if thou saidst I am not peer To any lord in Scotland here, Lowland or Highland, far or near, Lord Angus, thou hast lied...
Aparece en 463 libros desde 1767-2007
Pįgina 41 - Than those of age•, thy forehead wrapped in clouds, A leafless branch thy sceptre, and thy throne A sliding car, indebted to no wheels, But urged by storms along its slippery way, I love thee, all unlovely as thou seem'st, And dreaded as thou art...
Aparece en 385 libros desde 1767-2007
Pįgina 326 - But who the melodies of morn can tell ? — The wild brook babbling down the mountain side ; The lowing herd ; the sheepfold's simple bell ; The pipe of early shepherd dim descried In the lone valley ; echoing far and wide, The clamorous horn along the cliffs above ; The hollow murmur of the ocean-tide ; The hum of bees ; the linnet's lay of love ; And the full choir that wakes the universal grove.
Aparece en 364 libros desde 1767-2008
Pįgina 255 - Some place the bliss in action, some in ease, Those call it Pleasure, and Contentment these...
Aparece en 312 libros desde 1767-2006
Pįgina 236 - They are to be delivered out from the lips, as beautiful coins newly issued from the mint, deeply and accurately impressed, perfectly finished, neatly struck by the proper organs, distinct, sharp, in due succession, and of due weight.
Aparece en 155 libros desde 1767-2005
Pįgina 134 - There is no man that hath left house, or parents, or brethren, or wife, or children, for the kingdom of God's sake, Who shall not receive manifold more in this present time, and in the world to come life everlasting.
Aparece en 637 libros desde 1767-2008
Pįgina 5 - Mens sana in corpore sano, a sound mind in a sound body, will be always able to make a good citizen.
Aparece en 322 libros desde 1767-2007
Menos 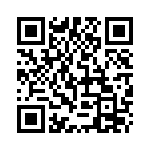