Although this book assumes you have some basic information on the Thoth it is a fascinating study. Card descriptions are very enlightening especially if youre accustomed to the usual tarot. Correspondence tables are very helpful. A must have read. Leer comentario completo

Michael Osiris Snuffin has studied and practiced various forms of occultism for over fifteen years, with particular interest in the Golden Dawn, Thelema, Chaos Magick and the Left-Hand Path. He is the author of The Thoth Companion (Llewellyn Publications, 2007), which describes and defines the symbolism of Aleister Crowley's Thoth tarot. He has lectured on a number of occult subjects in the last decade and has also worked as a professional tarot reader. Michael Osiris Snuffin received a BA in Liberal Arts with an emphasis in Communications and Media from The Evergreen State College, and went on to earn an Editing Certificate from the University of Washington. He lives in Seattle, Washington, where he works as a freelance editor and writer. 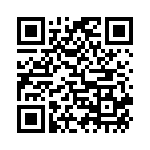