Pįgina 65
One thing have I desired of the Lord , that will I seek after , that I may dwell in the
house of the Lord all the days of my life , to behold the beauty of the Lord , and to
enquire in his temple . ' ” God in Christ is his Father now . “ I will arise and go ...
Pįgina 77
We must look for the secret of this spiritual change out of the creature , away from
men and angels , and seek it in God the Eternal Spirit . God looks within himself
for the power , and he finds it there , even in his own Omnipotent Spirit . This is ...
Pįgina 100
I can and will take thee to me , just as thou art ; poor , naked , penniless ,
worthless : — for such , I came to seek , such I came to call , for such I came to die
. ” “ Lord , I believe , ” exclaims the poor , convinced soul , “ help thou mine
unbelief .
Pįgina 132
The carnal mind is enmity against God , ” that enmity showing itself in a thousand
ways ; principally in its seeking to dethrone God . From his affections he has
dethroned him . To eject him from the throne of his moral government in the
universe ...
Pįgina 167
Let us not , then , seek to be wise above what is written , though it is our duty , as
an acute writer has remarked , to be wise up to what is written , leaving the more
perfect knowledge of the things that are now seen as “ through a glass darkly ...
Siguiente »

Pįgina 184 - That we henceforth be no more children, tossed to and fro, and carried about with every wind of doctrine, by the sleight of men, and cunning craftiness, whereby they lie in wait to deceive; But speaking the truth in love, may grow up into him in all things, which is the head, even Christ...
Aparece en 828 libros desde 1755-2008
Pįgina 179 - For sin, taking occasion by the commandment, deceived me, and by it slew me. Wherefore the law is holy, and the commandment holy, and just, and good.
Aparece en 750 libros desde 1735-2008
Mįs
Pįgina 84 - For to be carnally minded is death; but to be spiritually minded is life and peace. Because the carnal mind is enmity against God: for it is not subject to the law of God, neither indeed can be. So then they that are in the flesh cannot please God.
Aparece en 686 libros desde 1741-2008
Pįgina 50 - Not every one that saith unto me, Lord, Lord, shall enter into the kingdom of heaven ; but he that doeth the will of my Father which is in heaven. Many will say to me in that day, Lord, Lord, have we not prophesied in thy name ? and in thy name have cast out devils ? and in thy name done many wonderful works? And then will I profess unto them, I never knew you : depart from me, ye that work iniquity.
Aparece en 850 libros desde 1698-2008
Pįgina 157 - Will the Lord cast off for ever? and will he be favourable no more ? Is his mercy clean gone for ever? doth his promise fail for evermore? Hath God forgotten to be gracious? hath he in anger shut up his tender mercies?
Aparece en 721 libros desde 1765-2008
Pįgina 145 - Christ not risen; and if Christ be not risen, then is our preaching vain, and your faith is also vain. Yea, and we are found false witnesses of God; because we have testified of God that he raised up Christ; whom he raised not up, if so be that the dead rise not. For if the dead rise not, then is not Christ raised; and it" Christ be not raised, your faith is vain; ye are yet in your sins.
Aparece en 1283 libros desde 1755-2008
Pįgina 256 - Then answered Jesus, and said unto them, Verily, verily, I say unto you, The Son can do nothing of himself, but what he seeth the Father do : for what things soever he doeth, these also doeth the Son likewise.
Aparece en 1265 libros desde 1755-2008
Pįgina 88 - The eyes of your understanding being enlightened; that ye may know what is the hope of his calling, and what the riches of the glory of his inheritance in the saints, and what is the exceeding greatness of his power to usward who believe, according to the working of his mighty power, which he wrought in Christ, when he raised him from the dead...
Aparece en 950 libros desde 1631-2008
Pįgina 289 - Fear not ; I am the first and the last : I am he that liveth, and was dead ; and, behold, I am alive for evermore, Amen ; and have the keys of hell and of death.
Aparece en 625 libros desde 1698-2008
Pįgina 89 - And he that was dead came forth, bound hand and foot with graveclothes : and his face was bound about with a napkin. Jesus saith unto them, Loose him, and let him go.
Aparece en 727 libros desde 1701-2008
Menos 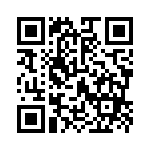